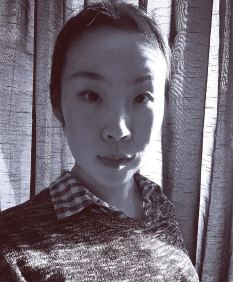 Back to About me /

Following are selected list of undergraduate/postgraduate modules that I've taught as a teaching assistant.

Traditionally, interactive systems design has focused on enhancing people’s efficiency or productivity. For example, to increase the speed with which tasks can be completed or to minimise the number of errors people make. Economic and social changes have led to a situation in which the primary use of many technologies is for fun; ie. in which there is no quantifiable output and no clear goal other than enjoyment. Computer games, mobile music players and online communities are all examples where the quality of the experience is the primary aim of the interaction. This module explores the challenges these new technologies, and the industries they have created, present for the design and evaluation of interactive systems. It moves away from a human computer interaction model, which is too constrained for real world problems and provides you with an opportunity to engage with theories relating to cultural dynamics, social activity, and live performance. It explores the nature of engagement with interactive systems and between people when mediated by interactive systems.

Databases lie at the heart of Information Systems. They provide the means for organisations and individuals to store, retrieve and manipulate the information required to carry out information intensive activities. As an area of Computing, the development of database technology has responded to the increasingly sophisticated requirements of organisations and individual users to store and manipulate increasingly complex and ever growing quantities of information.

The module covers web programming using mainly Python and Django on the server and JavaScript and jQuery on the client. The aims of the module are both to gain proficiency in practical web development and to understand the issues between the architecture, performance and security issues of web applications. The module assumes certain level of competence at programming and basic knowledge of databases, SQL, HTML and CSS. Practical work will use Python, Django, JavaScript, HTML5, CSS3 and Bootstrap.

This module provides basic communications theory and descriptions of protocols to allow students to understand, analyze and design IoT communication systems. To do this it will emphasise personal-area and local-area networks, rather than wide-area networks. Within that context this module covers: